The solution for a simple, more secure, and noticeably faster VPN connection

NordLynx is a new-generation VPN protocol that offers an improved connection, faster speeds, and better security measures than other VPN protocols, including WireGuard.

A VPN protocol is a tunnel that lets users’ data travel encrypted and unattainable to third parties.

WireGuard is a modern VPN protocol designed to be fast, simple, secure, and lean. It runs on fewer code lines when compared to other protocols and is lightning-fast.

But WireGuard itself isn’t perfect — that’s where NordLynx comes in. NordLynx sidesteps WireGuard’s flaws by combining it with NordVPN’s proprietary state-of-the-art security to get the best of both worlds. How does NordLynx work? NordLynx is built around a protocol called WireGuard®, and it has two really great properties. It provides lightning-fast internet connection speeds without compromising encryption security.

However, the WireGuard protocol is still under heavy development, and it’s far from perfect. Yes, WireGuard can promise better connection speeds already, but its capabilities to keep users anonymous fall behind. So our colleagues at NordVPN developed something called a double NAT (Network Address Translation) system. The double NAT system allows us to establish a secure NordLynx connection to VPN servers without storing any identifiable data on them.

That means you can enjoy an excellent connection speed without compromising your security and privacy.

More than 256,886 speed tests were performed and NordLynx proved to be the fastest protocol at our disposal. It also establishes a secure connection to any VPN server almost instantly, providing immediate protection and encryption.

Its lean code minimizes the attack surface, and the peer-reviewed, modern cryptographic primitives used for encryption make the protocol exceptionally secure. With the modifications and additions NordVPN has made to WireGuard in creating NordLynx, you don’t have to worry about security issues.

NordLynx runs on merely 4000 lines of code, compared to hundreds of thousands of lines that comprise any other widely used VPN protocol like OpenVPN and IKEv2. NordLynx uses less battery and processing power because it’s so lightweight. As you can see from this graph, the results for upload speeds are very similar. Backed by the results of this extensive speed testing, we can say that the download and upload speeds can get up to two times faster with NordLynx compared to OpenVPN and IKEv2. That applies when the distance between a VPN server and a content server is up to a few thousand kilometers. Note: any limits set by your ISP (Internet Sevice Provider) may affect download and upload speeds when using a VPN. To get all the details, check out this blog post on measurement accuracy.

How NordLynx can benefit your business NordLynx outperforms other VPN protocols when it comes to content quality that requests 400ms or more. Crisp, crystal clear video conferences will now be the standard. NordLynx doesn’t have any unnecessary or out-of-date functionalities. This allows developers to safely implement NordLynx on a number of client and server platforms. NordLynx's small codebase reduces CPU load, so staying protected doesn’t have to result in a depleted battery. It also handles the download/upload of large files with unmatched speed. 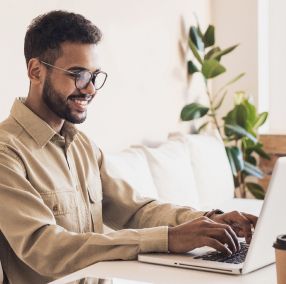 How to set up a small business VPN

Security across your business

Besides NordLynx, NordLayer provides security in every layer of a hybrid cloud environment to help accelerate innovation and securely build, modernize or migrate mission-critical workloads.

Is NordLynx same as WireGuard?

WireGuard is modern, extremely fast, and insanely lean in its architecture but can’t ensure complete privacy. NordLynx brings all the VPN protocol benefits of WireGuard while strengthening the wobbly privacy part.

NordLynx vs. IKEv2, what’s the difference?

As a VPN protocol, NordLynx offers more flexibility when it comes to port selection. IKEv2 uses UDP 500, 50, and 4500. Because of this, IKEv2’s reliance on fixed ports and protocols can make it easier to block. Also, NordLynx beats IKEv2 when it comes to higher speeds.

NordLynx vs. OpenVPN, what’s the difference?

For starters, NordLynx is a faster protocol. It is faster in more than one way — it offers greater connection speed as well as faster downloads and uploads.

How to fix the “Failed to reach NordLynx adapter” error?

In the unlikely event that you receive a “Failed to reach NordLynx adapter” error message on a Windows operating system, here are some steps you can take to resolve the problem.

Reboot your device and then download the new TUN drivers for Windows 10 or Windows 7 or 8. For more instructions and help, head to our support page.

NordLynx was first developed by our sister company — NordVPN and is available to NordLayer users. All products use the same NordLynx technology.